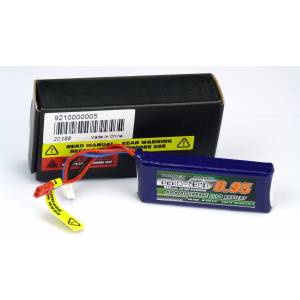 The product is no longer available. Product is displayed only for informational purposes.
More than just a fancy name. TURNIGY nano-tech Lipoly batteries were designed from the ground up with serious peformance in mind. Utilising an advanced LiCo nano-technology substrate that allows electrons to pass more freely from anode to cathode with less internal impedance. In short; less voltage sag and a higher discharge rates than a similar density lithium polymer (non nano-tech) batteries.

Klahvlüliti ON-ON 6A 250V must

PCF8574A chip allows to have up to 8 digital inputs/outputs connected through I2C bus. Thanks to thr..

More than just a fancy name. TURNIGY nano-tech Lipoly batteries were designed from the ground up wit..

More than just a fancy name. TURNIGY nano-tech Lipoly batteries were designed from the ground up wit..